On 14 October the Melbourne Chapter of the SACC hosted a ‘Women in Tech’ webinar, which addressed the topic of gender equality within the technology industry. More than 80 participants were treated to a very engaging webinar that covered a lot of terrain on the topic, revealing a lot of practical advice for aspiring ‘Women in Tech’ and the companies that employ them. The moderator for the webinar was Joanne Woo, Head of Marketing & Communications at ABB Australia and Curator & Speaker Coach for TEDx Australia. Joanne was joined by three senior leaders from the technology industry who openly shared their career experiences as ‘Women in Tech’: 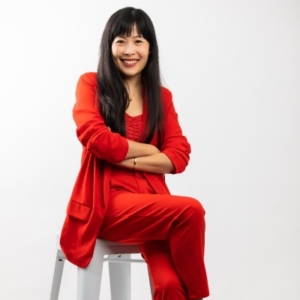 Joanne Woo opened the webinar with several poll questions, including a question directed to females already working within the technology industry: “What is your biggest challenge as a woman in tech?” In response, it was unanimous that a lack of female role models, particularly at senior levels within the industry was viewed as a major challenge. Other challenges identified as barriers to diversity, included females not being taken seriously by their male counterparts, the gender pay gap, the ‘glass ceiling’ and lack of diversity within their company. A small number of women cited that they saw no challenges.

Throughout the webinar, the panellists offered advice for women who are building their careers within the technology industry:

Find out what you are passionate about.

All three of the panellists encouraged aspiring ‘Women in Tech’ to pursue career paths that they are passionate about. Both Brith Isaksson and Rajina Sujanthan initially studied degrees in chemistry and engineering respectively, prior to commencing their careers in technical roles. Brith Isaksson initially worked in research and development at ABB in Vasterås and Rajina Sujanthan worked in project management for Ericsson in Melbourne. Both would later ascend to global management roles within their companies. 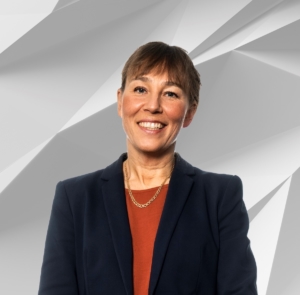 Brith Isaksson recalled with great fondness that as a child when playing with Barbie dolls she could never have envisaged that many years later she would travel half-way across the world as an engineer for ABB to visit a Barbie factory in Indonesia. It became evident that the reference to Barbie was also a great analogy for the need for the technology industry to also keep up with the changing times and move towards increased diversity. “I think the evolution of the (Barbie) brand has shown an evolution of society in terms of that there is no stereotype and that the world is made up of diverse people,” said Joanne Woo.

Unlike the other panellists, Anna Nordell-Westling’s career journey started outside of the technology industry, working for leading advertising agencies such as Saatchi and Saatchi and King, before starting her own advertising firm servicing clients all over the world. A chance meeting and some encouragement from a mentor would later see her co-found Sana Labs, an artificial intelligence (AI) start-up in Stockholm. Four years later, the firm employs 30 people from all over the world who are passionate about leveraging AI to enhance workforce learning outcomes.

Be open to taking up career opportunities that present themselves.

All three panellists highlighted that women will sometimes decide to not take up a career opportunity, for fear of not being qualified or experienced enough – a 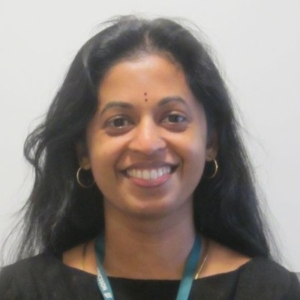 phenomenon referred to as ‘imposter syndrome.’ “Take all of the opportunities (or risks) that come your way,” said Rajina Sujanthan. She went on to emphasise that taking on a role that is particularly challenging or a public speaking engagement are all experiences that help to build self-confidence. She recalled working on a particularly challenging project early on in her career at Ericsson, which resulted in great customer reviews, thereby leading to further career development opportunities. These sentiments were also echoed by the other panellists, who emphasized the importance of not limiting oneself. “When the opportunities come, you should take them… I never look back… that’s important …. it’s better to make a decision,” said Brith Isaksson. “It is also important that we don’t limit ourselves, it is us that only limit ourselves. The sky is the limit,” said Anna Nordell-Westling.

If you are offered a career opportunity that you are unable to take up, “pay it forward” to another female.

Whether that be an opportunity to advance your career by getting up on stage to talk about one’s career or company, joining a panel or a board, the panellists highlighted that women will say no to such opportunities more so than men. This can sometimes be due to being too busy or needing to prioritise family commitments. “I always try to recommend another excellent female for a speaking event or board seat… that’s something we can all do on a bigger scale,” said Anna Nordell-Westling. 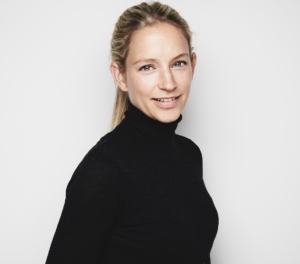 The panellists also offered some practical advice for companies who are seeking to improve gender equality outcomes.

Send a clear message from the top that diversity is important – in word and in action.

The panellists encouraged the top management of companies within the technology industry to send a clear message down the line that diversity is important. “That gender diversity is a main priority needs to be communicated from the highest level in the company, so it becomes easier for people in the organisation to take that on,” said Anna Nordell-Westling.

Other actions to be considered might be to ensure that male and female candidates are put forward for all open positions. Setting of diversity targets for women in management positions was also viewed as important, as it offers something to aim for.

Develop leadership and mentoring programs for females at all levels of organisations and beyond.

This was viewed by the panellists as a prerequisite to developing role models at all levels of organisations, particularly within the upper management levels where women tend to be scarcer. Rajina Sujanthan mentioned that it was the opportunity to participate in various global leadership programs within Ericsson that allowed her to build her self-confidence, which led her to take on greater challenges. “It is important that women in leading positions share, starting programs to grow the first line, second line and third lines of management,” said Brith Isaksson. She went on further to say that such programs allow future female role models need to be identified and developed, which can help to bridge the lack of female talent, particularly at the upper levels within organisations.

Regina Sujanthan also suggested that companies could even go beyond mentoring their female employees, to also look at setting up mentoring programs with female students at universities and other educational institutions.

The panellists also highlighted the need for senior-level executives to move beyond simply mentoring top female talents, to actively sponsoring them. This includes advocating and speaking up for female executives and actively helping them to gain visibility within the organisation by putting them forward for career development opportunities. “There is a lot of mentoring going on, but there are not a lot of people speaking up for the females… even if it is just a matter of saying that there is this person interested moving into a role,” said Rajina Sujanthan. 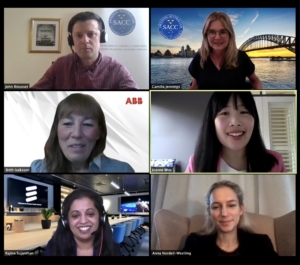 In conclusion, the webinar offered a lot of inspiration and food for thought for both aspiring “Women in Tech” and companies alike to work towards achieving greater levels of equality within the workplace. The Melbourne Chapter would like to thank Joanne Woo, Brith Isaksson, Anna Nordell-Westling and Rajina Sujanthan for volunteering their time to participate in the webinar. We would also like to thank ABB and Camilla Jennings, SACC Business and Events Manager, for their support in organising the webinar.

Keep your eyes on the SACC socials Linkedin and Facebook for further updates as announcements are made about future events, and check out the Recent Events and Webinars page on the SACC website for summaries and recordings of our recent presentations. Please contact us for questions and further information: sacc@swedishchamber.com.au.

Listen to the full webinar and the interactive Q&A session here.