The Swedish Australian Chamber of Commerce (SACC) started a new Chapter in Melbourne in 2015. There are many Swedish companies based in Melbourne and we have seen a growing interest in the Swedish-Australian community. Our SACC and YP contacts in Melbourne are presented below.

John Rieusset Chairman Melbourne VIC Chapter. John is is the Sector Lead – Food and Beverage at Swedish-Swiss global engineering and technology giant ABB (www.abb.com) in Australia. His scope of responsibility includes leading a team of experts within the food and beverage manufacturing industry, encompassing ABB’s robotics, automation, electrification and motion portfolios. He is also the Digital Lead for ABB Motion. John has 20 years of experience working in various commercial, technical and leadership positions, primarily within the technology industry throughout Europe, Asia and Australia. He holds a Bachelor of Technology (Industrial Design) Honours from Monash University and a Master of Applied Commerce (Marketing) from the University of Melbourne. LinkedIn 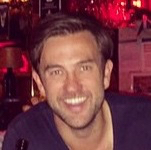 Luke Warren is State Technical Leader for Victoria and Tasmania with the Australian Road Research Board (ARRB), Australia’s national transport research organisation and is based in Melbourne. Luke has a background in project, resource and operations management supported by academic qualifications in economics, project and construction management. Born and raised in Melbourne, Luke’s connection to Sweden originates from his father’s employment in Skåne in the 1980’s and formed the basis for his strong affiliation with all things Swedish that continues today. LinkedIn: http://www.linkedin.com/in/luke-r-warren

Benjamin Sandqvist is the Honorary Consul for Sweden in Victoria and runs the Swedish Consulate in Melbourne. Benjamin has been a member of the SACC Melbourne board since inception. He has wide experience within Management Consultancy and Advisory particular around Education, Migration, Government, Information Technology, Tourism and Entertainment sectors. Benjamin is a Registered Migration Agent and Qualified Education Agent Counsellor and holds academic qualifications in Public Administration, Policy and Migration law. Originally from Gothenburg – Sweden, Benjamin came to Melbourne in 2009 after years of work and travelling experience abroad and was naturalised in 2015 and calls Melbourne his home. LinkedIn: www.linkedin.com/in/benjamin-sandqvist

Liv Berg is a Director at PricewaterhouseCoopers deals practise where she is focusing on the development of the firms integrated x-LOS offering into the transactions market in Australia, particularly with private equity clients. Prior to this, Liv was a Director at PricewaterhouseCoopers legal practise, advising and assisting Australian and off-shore clients on private and public mergers, acquisitions and divestments as well as on corporate governance matters. Liv has extensive experience advising corporate boards on their corporate governance framework and directors duties. She is also skilled in risk assessment and management, contracting and project management. She holds a Master of Laws and is an admitted lawyer in both Australia and Sweden, a member of the Law Institute of Victoria and the Swedish Bar Association. Originally from Sweden, Liv moved to Melbourne in 2012 where she is now well and truly settled.

Anna Karlström has over twenty years’ experience working with recognised global and domestic organisations within the creative industry across various disciplines such as communication, brand identity & strategy and business & client development. Anna has just received her Master of Business Administration from Victoria University and is keen to continue building her career and network in Melbourne. An ultimate aspiration would be utilising her skill set in marketing, thought leadership and design thinking, pair it with nudging and customer behaviour to create unique contemporary consumer experiences, experiential retail, and brand authenticity across all channels. LinkedIn: linkedin.com/in/annakarlstroem.