The Swedish Australian Chamber of Commerce (SACC) started up the Chapter in Perth Western Australia in 2018. With support from the Swedish-Australian business community in Western Australia the Chapter has been growing and established a close network and events. Our SACC and YP contacts in Perth WA are Figge Boksjö, Lisa Jahrsten, Joseph Olsson, Jonas Edner and Christine Clementz. 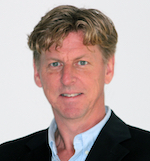 Figge Boksjö, Chairman of the Perth Chapter, Figge has 30 years of international experience in a wide range of industries and regions, working in roles such as CIO, Head of IT, Regional IT Manager, Project Manager, Consultant Manager, System Governance, Network design, ERP implementations. Running his own IT services company Acobea with recent years contracting to the IT department at Swedish-based Nynas. A frequent business traveller to Asian capital cities setting up and maintaining local IT operations for Nynas. Lived and worked many years in São Paulo, Brazil before coming to Sydney in 2002. Moved across to Perth in 2017 and engaged in Swedish start-up ventures and also on the committee as the Treasurer for Swedish Club of WA. LinkedIn: https://www.linkedin.com/in/carlboksjo/  Twitter: @cfibo 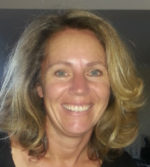 Lisa Jahrsten, Honorary Consul for Sweden in Western Australia. Studied political science and French at Lund University also has a Diploma in business Communications from IBM Business School. Worked for Hewlett Packard before she moved to Australia in 1995 where she worked within the IT industry for many years with Computer Corp, Synergy and Vizstone. Lisa have been involved with Swedish organisations more or less since moving to Perth, she was the president for the Swedish Club of WA and later for SWEA Perth. Lisa is married to Tom and they have two children. 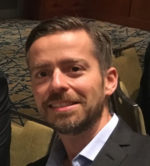 Joseph Olsson, brought to Australia by Swedish steel maker SSAB, Joseph is a Business Line Manager for a new venture within SSAB developing and launching new innovative products for the key mining markets. Previously he was heading sales, strategy and business development at G&G Mining Fabrication, a subsidiary of SSAB. During his seven years in Australia, he has supported miners and mining contractors in improving productivity of its mobile and fixed mining equipment through innovative designs and material upgrades. In addition, building on his experience as an M&A manager at SSAB in Sweden, he hunts for and oversees transactions to support growth in the Asia-Pacific region. Before joining SSAB nine years ago, he worked as a management consultant in a broad range of companies and industries.

Jonas Edner, Managing Director, Candy People Australia. He has spent 25 years living in Perth, Western Australia, where he also serves as the President for the Swedish Club of WA. Jonas has been in refrigerated logistics for many years and turned to import and wholesale of Swedish confectionary in 2011. By 2013 the business had a national footprint and today supplies many of the businesses around Australia with a Swedish connection including IKEA. 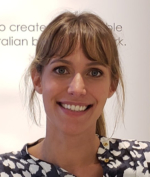 Christine Clementz, an early career sociologist and social researcher with an eye for detail and design. Having researched employer resistance towards unionism in Sweden and patriarchal structures in Nicaragua, she now finds herself in Western Australia working with educational research. Christine is passionate about the not for profit space and has since arriving to Australia engaged herself as a volunteer in several organisations that work to protect and educate children and disadvantaged youth. Christine is an enthusiastic member of the Scandinavian community of Western Australia. LinkedIn: https://www.linkedin.com/in/christineclementz 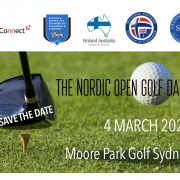 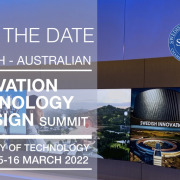