We are very happy to announce that the Swedish Australian Chamber of Commerce (SACC) started a new Chapter in Brisbane Queensland Australia in November 2019. There is a growing Swedish-Australian business community in Queensland and we have received very positive response about the new chapter. Our SACC and YP contacts in Brisbane QLD are Teresia Fors who is the Vice President of SACC and the Chair of the new Chapter, Marie McIntyre, Kajsa Rylander, Julila Hagen and Paulina Svärd.

MEET THE BRISBANE BASED BOARD MEMBERS 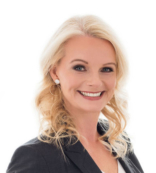 Teresia Fors MBA GAICD, Vice President and Chair for the Brisbane QLD Chapter, Fors joined SACC as a Director of the Board in August 2011. With an MBA from University of Technology of Sydney, degree in Language Studies from Stockholm University, Diploma in Business Communication from IHM Business School, Fors is also a Graduate of the Australian Institute of Company Directors. Fors was a founding member of the Advisory Group for the Promotion of Sweden in Australia (2005) and also serves as Councillor for the Swedish Church in Sydney. Fors was appointed as Councillor of the Australian National Maritime Museum between 2016 and 2019. Native Swedish, born in Lapland her professional appointments include leadership positions at Imagine Cruising (MD/AU), Volvo Group Australia(VP/AU), Viking Cruises (MD/AU) and whilst in Sweden she worked for Stockholm Visitors Board, the Swedish Foreign Ministry as well as in advertising. 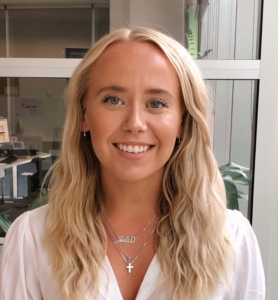 Julia Hagen, Brisbane City Council. Julia moved to Brisbane from Stockholm in 2016 to study at Queensland University of Technology, where she obtained a Bachelor of Business with a major in Management in 2019. Since graduating, Julia has worked in various areas across Brisbane City Council, where she is currently in a Senior Administrator role. With a big interest for entrepreneurship, Julia has also worked for start-ups in the finance and support fields, in roles relating to marketing, social media and events. Whilst studying at QUT, Julia was highly involved on campus, as elected International Officer for QUT Guild as well as Secretary for student club NorSK Student Organisation. LinkedIn: https://www.linkedin.com/in/julia-hagen