SACC organise a number of events every year ranging from business seminar and webinar series on current topics, to the next generation of Australian-Swedish business, casual networking forums, breakfast seminars, lunches, educational seminars and social events around Swedish festivities. We have some exciting events and business seminars planned for 2020 in Sydney, Melbourne, Perth and Brisbane, so remember check the up coming events on this site. The annual Swedish Business Awards will take place towards the end of the year at the SACC Christmas Event in Sydney.

We are constantly planning events with interesting topics and speakers. If you are interested in sponsor an event or seminar please contact us. 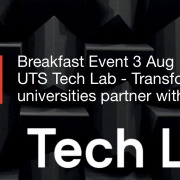 Breakfast event at UTS Tech Lab 3 August at 9.30 am – Sydney 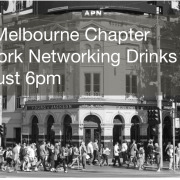 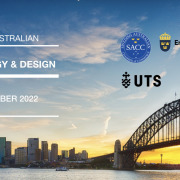 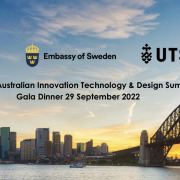 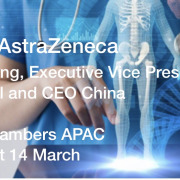 For this Swedish Chambers APAC event, we welcomed Mr Leon Wang, Executive Vice President, International & President AstraZeneca China, who gave us an insight into AstraZeneca’s efforts to overcome the COVID-19 pandemic, its focus on harnessing the power of science, digital innovation and partnership to build more resilient healthcare systems in a post-pandemic world, and their determination to improve health for as many people in as many countries as possible.

He is responsible for overall strategy driving sustainable growth across the International region, which includes China. Leon joined AstraZeneca China in March 2013 and was promoted to become President, AstraZeneca China in 2014. Under Leon’s leadership, China has become AstraZeneca’s second largest market worldwide and AstraZeneca has become the largest pharmaceutical company in China. In January 2017, Leon was promoted to Executive Vice-President, Asia Pacific Region. Prior to joining AstraZeneca, Leon held positions of increasing responsibility in marketing and business leadership at Roche, where he was a Business Unit Vice-President. In addition, Leon holds several positions in local trade associations and other prominent organisations in China. Leon holds an EMBA from China Europe International Business School, and a Bachelor of Arts from Shanghai International Studies University.

AstraZeneca develops, manufactures and sells pharmaceuticals and biotechnology products to treat disorders in the oncology, cardiovascular, gastrointestinal, infection, neuroscience, respiratory and inflammation areas. AstraZeneca has its corporate headquarters in Cambridge, United Kingdom, and its main research and development (R&D) centres are in Cambridge (UK), Gaithersburg (Maryland, US), Gothenburg (Sweden) and Warsaw (Poland). 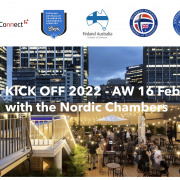 We kicked off the new year with After Work Networking drinks together with the Nordic & Estonian Chambers on 16 February at the newly opened outdoor Library Bar.

Here are some pics from the night. 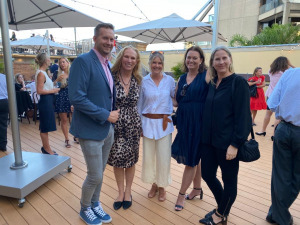 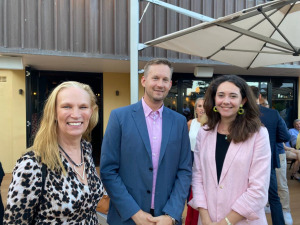 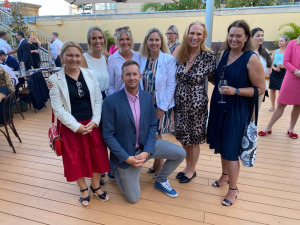 Look out for our next joint event the Nordic Open Golf Day which now is taking place 6 May 2022 at Moore Park Golf, Sydney. 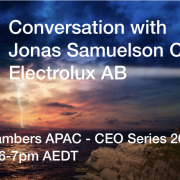 Electrolux​, one of Sweden’s multinational flagship companies, is at the forefront of the appliances industry, employing some 48,000 people globally and with operations throughout the APAC region. During the past decade, the empowered consumer, needs and demands, have transformed the appliance industry. These demands require manufacturing with increased pace and flexibility, which have in combination with an ever-changing business environment, provided unprecedented industry challenges – for Electrolux included.

We were proud to present Jonas Samuelson​, Electrolux Group CEO, as our guest at the launch of the new Swedish Chambers APAC CEO Series 2022. In this exclusive session, Mr Samuelson will share how he approaches the global challenges the world is facing today, and how Electrolux is committed to leading the way towards a more sustainable business model for its industry. Mr Samuelson will give us an insight into Electrolux company strategy, how it has evolved over the past decade and what the top priorities are going forward. We will also hear about his views on APAC how the region will develop over the coming decade and how Electrolux will leverage its current presence in APAC to accelerate growth and prosperity.

The conversation with Mr Samuelson was be led by Ms Reema Bhattacharya, Senior Political and Regulatory Risk Analyst APAC at Control Risks​.

Mr Jonas Samuelson is the President and CEO of  Electrolux AB

Mr Jonas Samuelson is the President and CEO of  Electrolux AB (since 2016) and has been with Electrolux since 2008 where he has held various senior positions, including CFO of Electrolux AB, COO Global Operations Major Appliances and Head of Major Appliances EMEA. Mr Samuelson has been the Chief Financial Officer and Executive Vice President of Munters AB. Furthermore, he has held various senior positions within General Motors, mainly in the U.S. and with Saab Automobile AB. He has an M.Sc. in Business Administration and Economics. Other assignments: Board Member of Axel Johnson AB and Volvo Car AB.

Ms Reema Bhattacharya is a Senior Analyst in Control Risks’ Singapore office. She plays a key role in expanding the firm’s services in the Environmental, Social and Corporate Governance (ESG) risk space and works alongside clients to strengthen their in-house ESG processes. Ms Bhattacharya has significant experience in macro and sector-specific political risk assessments, public policy advisory, stakeholder mapping and engagement. She also advises clients on critical political, regulatory risks that may affect their operations and exposure to regulatory enforcement in Asia. She is a spokesperson for Control Risks in the Asia Pacific, speaking regularly at events and in the media and frequently writing on ESG, business and broader political-economic trends in APAC. She has advanced degrees in politics, media and business law.

Electrolux has for more than 100 years reinvented taste, care and wellbeing experiences for millions of people around the world. The company has invented and made many well-known products available and affordable to consumers, such as the cooker, the washing machine and the freezer, helping people to shape a better living. Founded on the idea of making vacuum cleaners more efficient and easier to use, Electrolux is today selling around 60 million household products a year in more than 120 markets. 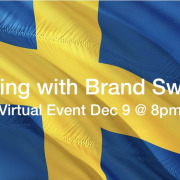 Sweden, a small country in northern Europe with only 0.13% of the world’s population, is one of the first nations in the world to have implemented an official nation branding strategy. As a result, Sweden benefits from a positive brand image abroad. Four profile areas have been identified to define the idea of a Brand Sweden strategy: Innovation, Creativity, Society and Sustainability. These are areas where Sweden is strong and positioned among leading nations in various global indexes of economic performance, social commitments, capacity for innovation, governance and sustainable commitments.

For this SwedCham APAC event, we were delighted to have the following prominent guests with us:

Mr Simon Anholt is an independent policy advisor, author and expert in nation branding who for the past 21 years has worked with the Heads of State and Heads of Government of 63 nations to help them improve their economic, political and cultural engagements with the international community, and by raising their profiles enhance trade, tourism, diplomatic and cultural relations, major events, talent and investment attraction.

Ms Madeleine Sjöstedt,​ Director-General Swedish Institute​​, a public agency that promotes interest and trust in Sweden worldwide. The institute works in the fields of culture, education, science and business to strengthen international relations and development.

The session was be moderated by Christian Ihre, Co-Founder of the Swedish management consultancy Lynxeye. 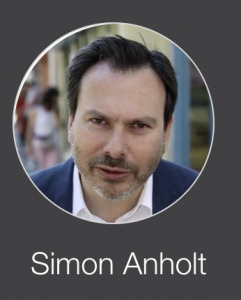