If you haven’t heard of Blondinbella, you’ve probably lived under a rock for the past decade and a half.
Your other excuse would be residing in Australia, as her beauty brand is only just being introduced to our market through the Myer stores. The leading influencer in the Nordics with an audience of 1.5 million weekly followers, Isabella Löwengrip and her online alter ego Blondinbella have featured regularly in Swedish media.
Together with her perfect side-kick Pingis Hadenius, she runs businesses with a combined turnover of $10 million, and more than 50 employees. The pair has started several companies and co-written two books on economics.

An evening in early March, I have the pleasure of acting as moderator and interviewer during a sold-out event at the Sydney School of Entrepreneurship.
“It’s important to be a role model”, says Isabella. “I started my first blog when I was 14 when I moved out of home by myself. My followers have been with me for the entire journey. They’ve seen me going from nothing, being bullied at school, having acne, and I started my own company together with Pingis.
Today, it’s the fastest growing Swedish beauty company. I think being transparent, that they can see the entire journey, and being very honest about all sides in life. To show that anything is possible, and I think people love to follow other positive people”, Isabella explains.
“What you see with Isabella is that she dares to open up her life – it’s not the perfect, polished just beautiful images”, says Pingis. “It’s that as well, but it’s all the content behind, and you really get to follow a real person that you can relate to.” In business circles, they are relatively young. Isabella Löwengrip is only 28 and started a beauty blog when she was in her mid-teens. Being a leading influencer, her advice on how to handle negativity, ridicules and detractors is useful.
“If I get a hundred comments, and maybe ten of them would say that I’m too fat, or something about my skin… They can find anything [negative to say], and I think a lot of women maybe focus on the bad ten instead of thinking about the 90 positives”, she says.
“I don’t care about what people are saying. And maybe that’s my biggest strength in life. I NEVER care. I just want to be happy and run our business together, and travel and make people glow”. The bit about making people glow is a light-hearted way to slip in a little promotion of their latest product.
The tight connection between these two powerhouses is noticeable. Discussing the importance of open communication and honesty, Pingis Hadenius says they’ve never had an argument in all the years working together. “Of course we discuss things, but there’s never an emotional side to it. It’s never private, it’s always professional, what’s best for the business. Say I walked into [this event] here, and Isabella said, ‘What are you wearing, this is not the right outfit’. I’d just think ‘Ok that’s probably not good for the business’, and I’d just change my outfit. We can be so open and honest with each other”.

The two Löwengrip Beauty AB founders sparkle with enthusiasm, keen to share their story of entrepreneurial success and valuable start-up advice. The audience is even treated to the true story about their business partnership. “We we were seeing the same guy, so we got to know each other. And then we stopped seeing him, and then we started a company instead. And that’s much more sustainable”, Löwengrip states, in a matter-of-fact manner.
“You get something out of every relationship” adds Hadenius. “I noticed straight away how direct you are, and I love that myself. I remember sending you an email saying – Let’s write a book together, and you were like, OK!”

Writing their book on financial literacy, Economista, they set the tone for their future working arrangement.
Hadenius manages the business and sales, while Löwengrip’s role is mainly to be in charge of product development and the whole brand building. “You have to do what you love because every day is a struggle. You have to do what you’re passionate about.” 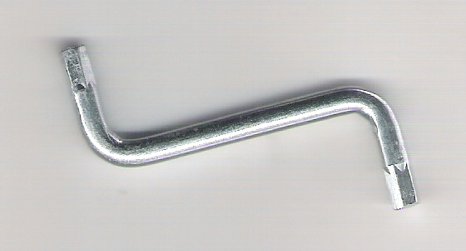 The news of the passing of Ingvar Kamprad, founder of Ikea this week sent lovers of the furniture super stores into mourning. But the realisation that that one of the world’s wealthiest people had passed away also had those in the legal fraternity around the world looking into the realities of inter-generational wealth transfer.

The concept of passing wealth from one generation to the next, or the wider family should seem like a simple matter. A will, along side some slightly more complex structures generally form an overall plan. However the reality of wealth means the complexities of succession planning generally increase the greater the wealth is. Not only in structure, but in demand by the beneficiaries.

So when we hear in this article from Bloomberg, that the 91-year old Swedish ‘father of flat pack’ removed control of the world-wide furniture behemoth out of his family’s reach, we suddenly have visions of a long line of lawyers queuing up to represent the family.

In Australia, the concept of inter-generational wealth transfer is one that seems to be under-rated by many. The simple conversation between parents, and often adult children can, in more cases than not, resolve any burning issues well before death. But even a will and a solid fireside chat with your folks may not result in a clear cut resolution to the estate. As we all know, emotions are a driving force in many estate-related disputes. And emotions can be at their highest when a wealthy loved one has passed.

As a financial adviser, I hear far too often that “I’ll leave that to them [my children] to sort it out”, when faced with the question of their succession planning. This lack of care, or even emotional detachment, from the transfer of wealth may seem frivolous, but is it more a reflection of reality than naïvity? In other words, “why should I tell them what to do with my wealth when I won’t need it, and they’re just going to fight over it anyway?” The general result being that the deceased chooses not to air their personal wishes for fear of upsetting someone while they are still alive, and the estate ends up in mediation or other legal proceedings to find a resolution.

This lack of care, or even emotional detachment, from the transfer of wealth may seem frivolous, but is it more a reflection of reality than naïvity?

Ingvar Kamprad’s choice to place Ikea in the hands of an independent foundation ensures the business continues to grow and thrive, no longer as a Kamprad family-controlled company, means that Ingvar became a realist many years ago. He removed the opportunity for his family or others to squabble of his fortune, and instead ensured the longevity of his other ‘baby’ for many years to come.

For once emotions come into consideration, the conversation changes to how many generations it takes to dispose of most family wealth. While a story for a different day, some say one generation can ruin it all. Others are a little more forgiving, suggesting it takes two generations to stuff it up. Data has shown that 90% of family wealth is often gone after three generations.

So put out your allen keys and celebrate the life of the founder of your Billy bookcase, knowing that Ingvar Kamprad’s legacy means that your children, and even your grandchildren will one day kit out their first, and perhaps also their last home with the same furniture that you did when you were young. And while you are enjoying another glass of wine and screwing together yet another shelving pack, invite the family over for an ‘Ikea party’ and have a chat about what they want, and expect from their wealth once they have gone.