In this webinar, we focused on an export that Sweden has excelled in over the past 10 years – Financial Technology and more specifically Payment Technology, which touches most of us every day. We heard from Swedish Paytech companies and experts in Australia, about opportunities and why entering the Australian market, how it is to set up and scale in Australia, differences between the Swedish payment technology compared to here in Australia, company culture, opportunities and challenges in extraordinary times.

Camilla Bullock, Director General, Emerging Payment Association ASIA and moderator for the session introduced the panelists and began setting the scene with: “When we travel abroad, we often talk about what we are proud of from our home country. Many Swedes might bring up Abba, Avicii, famous actors like Stellan Skarsgård or big companies like IKEA and Volvo. What comes to my mind is often Financial Technology and I talk about Trustly, iZellte, Bambora and then I talk about Klarna.”

Klarna launched in Australia in January 2020 and has been around for about 15 years. Klarna was founded by three university students, Sebastian Siemiatkowski, Niklas Adalberth and Victor Jacobsson, who came up with an idea on how to provide consumers and merchants with safer and simpler online shopping payment methods. They took their idea and entered the Stockholm School of Economics annual entrepreneurship award in 2005. Despite that their idea was not received with enthusiasm and their entry was among the last in the competition they decided to start up Klarna in the middle of 2005. Today Klarna is the largest fintech start-up in Europe, valued at USD $5.5 billion and with 85 million users.

Francine began by presenting Klarna and why they decided to enter the Australian market. “Australia is a very attractive market for Klarna, we believe that we have an exceptional shopping experience which separates us from the rest of the buy now pay later providers. What we mean by that is that we deliver an engaging experience for our customers rather than a transaction. When we look at the Australian market there is only 10% of the population that have done a buy now pay later transaction and the addressable audience is obviously much larger. We decided to enter the market now as the Australian consumer is looking for transparency and an engaging partner to work with and Klarna offers that.”

“Klarna wants to be the number one shopping experience in every country that we are represented in, and our ambition is to become the leader in the Australian market. It is all about consumer engagement and if the consumers see value in a proposition and they feel that it is a great product for them to use and it becomes their way to pay, then that is ultimately what gives us the success we are looking for. Given our experience in most markets in the world I am really confident that we can reach our goal.”

Lance, Australian Payment Specialist who visited Sweden and several Swedish Paytechs last year and has been an advisor for Bambora on their entering the Australian market, spoke about recent market trends. “There has been a long-term trend from credit cards into debit. Credit cards are becoming the new senior’s cards. Most of the buy now pay later accounts have debit cards associated with them. It could be related to the younger demographic using them but to some extent by using a buy now pay later with debit you have a quasi-credit facility working for you so you can effectively create your own credit card from a debit card. Buy now pay later account applications have gone up during the pandemic and credit card applications have gone down. Generally seamless embedded in-app payments have increased,  without people even realising that they paid whilst they were using the app.”

“It took a number of years for the acquiring infrastructure for tap and go to catch up with contactless card issuance in Australia. In 2012 Coles and Woolworths adopted contactless payments and now Australia has more open-loop contactless transactions per person than anywhere in the world. We are now seeing a very slow progression into the mobile format for tap and go payments.”

Roland, Swedish Payments Specialist who has been living and working within paytech in Australia for many years and lately representing Westpay AB, was asked about differences in company culture comparing Australia with Sweden. “In general, Swedish companies have a very flat organisation and open with delegated responsibility to the team which gives the individual more opportunities to develop within their expertise. Australian work culture is a bit more controlled and structured with a few in-between levels.” Francine added to the topic: “I am very proud to say that Klarna Australia follows the Swedish parent’s structure, culture and operating models and it is very refreshing. Of the entire team that has joined Klarna Australia, the number one comment we get is: wow we are empowered, we can actually get this done and we have access to everything. There are no secrets and it’s a very flat organisation. We’ve had a great response to the culture we are creating, it has got a real buzz about it. There are no egos and it’s all about doing what we can as a team to become the number one buy now pay later service in the country. I love that side about the Swedish culture, it is fantastic.”

We also highlighted the biggest challenges in entering the Australian market and Roland commented: “The main challenges with entering the Australian market are the local regulations and certifications needed, both hardware and software have to be recertified which already had been certified in Europe and then we have the local card eftpos, which further adds technical development, costs and requires certification makes it challenging to enter the market. The investments needed for all recertifications and time are the largest hurdles.”

View the full video recording of this webinar here: https://youtu.be/FeRnFGoj1as

Special thank you to the panelists: 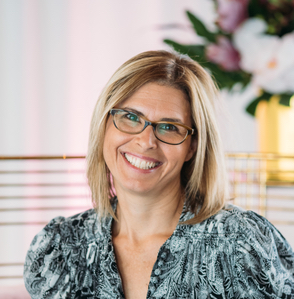 Fran Ereira has an extensive history working in information technology, services and retail. She joined Klarna in February after two years as General Manager, Sales Solution & Deliver at Zip Co Limited.  Prior to this she was Vice President for the Asia Pacific Region for Temando, a technology company that is a leading supplier of fulfillment solutions to global and local brands.

Founded in 2005 in Stockholm, Klarna offers a wide range of products within payments, shopping and personal finances to make it easier for people to shop on and offline, including buy now pay later services, in-store payment solutions and a new direct-to-consumer shopping app. Today more than 85m consumers use Klarna, and the company partners with over 205,000 merchants in North America, the UK and Europe including H&M, Michael Kors, Wayfair, Adidas, IKEA, Expedia Group, Samsung, Microsoft, ASOS, Peloton, Boohoo, Sonos, RayBan, Levi’s, Ticketmaster, Abercrombie & Fitch, and Nike. As part of the company’s recent $460M equity raise, Klarna was confirmed as the largest private fintech in Europe and as one of the largest private fintech globally. 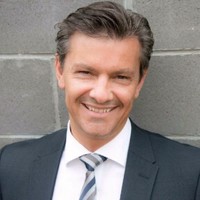 Originally from Sweden, is a proactive, dedicated, and results-driven executive with over 30 years’ extensive experience managing companies, establishing new markets and start-ups. Wide experience working for companies such as H&M, Ahlgrens AB, Swedish Match AB, (Stockholm, Switzerland, The Netherlands & Australia). Came back to Sweden in 2008 and started Schmid’s Consulting. Joined Duni AB 2009 to 2011 as Retail Nordic Director to we decided to move back to Australia again. Since being back I have been in the payment industry (ATM’s) Hyosung Inc. and since 2017 consulting for Westpay AB (Eftpos) as Country Manager Australia.

Westpay provides smart transaction- and payment solutions for merchant in-store as well as for the e-commerce and self-service markets. They offer a complete solution for all types of payments and for all kinds of applications within various industries, such as retail, hotels and restaurants and the retail banking sector. 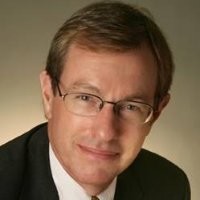 Lance is a foundation Ambassador for the Emerging Payments Association Asia and assisted in getting the organisation established in 2018. He is also Managing Director of The Initiatives Group, a consulting firm specialising in payments. He has advised issuers, acquirers, third-party processors, technology providers and payment associations in addressing many of the financial sector’s most significant issues. He has over 35 years’ experience in senior management and consulting in the UK, USA, Asia and Australia. Lance has led the TIG consulting team on a number of industry-wide assignments, including the successful removal of signature (PIN@POS) on card payments in Australia in August 2014, the culmination of two and a half years work across multiple stakeholder groups. Lance led EPAA’s inaugural study tour in taking a group of payments professionals to Sweden in June 2019, in order to investigate how that country was progressing in going “cashless”. Lance holds B.A. and M.A. degrees in Natural Sciences from Cambridge University, England and an M.B.A. from IMD, Switzerland. He is a Fellow of both the Australian Institute of Company Directors and the Chartered Management Institute (UK).

And to our moderator: 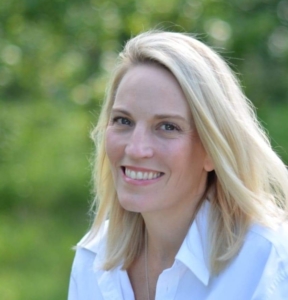 Camilla Bullock, Director General, Emerging Payment Association ASIA and a Member of the SACC Board

Camilla Bullock is the Co-Founder and Director at the Emerging Payments Association Asia, the only Pan APAC branch organisation for users and providers of payments technology.  Camilla is also the lead, and the Co-Founder behind the global project Meet-Her She Knows Payments which is a movement to narrow the gender thought leadership gap existing in the payments industry.