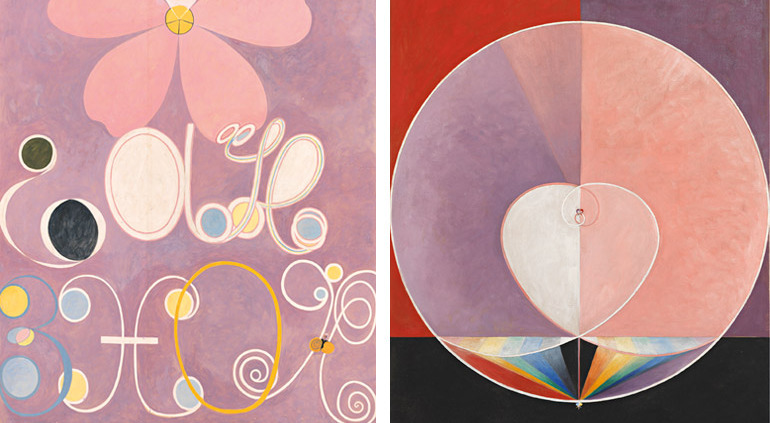 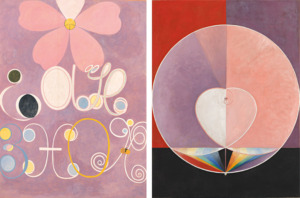 On the 12 June the doors opened to the ‘Hilma af Klint – The Secret Paintings’ at Art Gallery of New South Wales in Sydney. This is the first time the incredible works of Hilma af Klint are shown in Australia with the exhibition open until 19 September 2021. This is a once-in-a-lifetime opportunity to discover the extraordinary artistic achievements of this trailblazing artist who stood for too long outside the accepted story of European modernism.

Graduating with honours in 1887 from Stockholm’s Royal Academy of Fine Arts, Hilma af Klint was recognised as a talented naturalistic painter but in 1906 chose to pursue a radically different path as an artist – one that was deeply engaged with spiritualism, with new developments in science and with the natural world. When af Klint began creating her ambitious new works in 1906, no one had seen paintings like hers before – so monumental in scale, with such radiant colour combinations, enigmatic symbols and other-worldly shapes. Influenced by the spiritualist practices of her time, af Klint believed that her paintings contained messages for humanity communicated to her through the visions she received from spirits.

Thursday 29 July, Embassy of Sweden together with University of NSW will host the screening in Paddington, Sydney, of the documentary ‘Beyond the Visible – Hilma af Klint’. More information about the screening will follow.

Hilma af Klint: The Secret Paintings is supported by the NSW Government through its tourism and major events agency, Destination NSW and presented with the cooperation of The Hilma af Klint Foundation, Stockholm in association with Heide Museum of Modern Art, Melbourne.

Visit the AGNSW links below for more information;