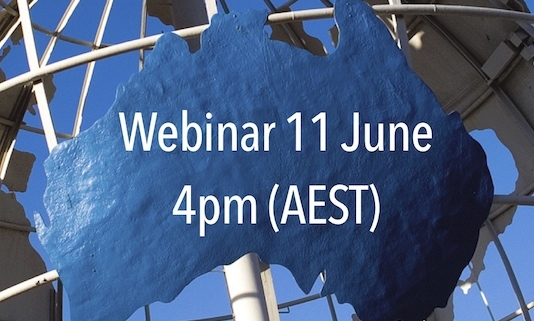 This is the third webinar in the series COVID-19 impact on business and trade. In this webinar we will focus on the future: What have we learned so far? What do we believe will be “the new normal” for business? Consequences of the pandemic on urban culture and society at large, the concept of work flexibility, the global agenda as well as on an individual level. We would like this webinar to allow us to lift the gaze and encourage us to look beyond managing the crisis in the here and now.

The session is moderated by Teresia Fors, Vice President Swedish Australian Chamber of Commerce, and on the panel, we are excited to present: 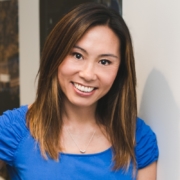 Sarah Goss leads company-wide strategy execution and innovation at Ericsson.  Prior to her current role, Sarah led Ericsson’s government and enterprise practice for Australia and South East Asia driving digital transformation projects in industries such as utilities, transport and public safety.  Sarah was also previously a founding director of a tech startup in the aged care space called Umps, where she remains as a shareholder.  Last year Sarah was named as a finalist in the 2019 Women’s Agenda Leadership Awards, recognising her as an emerging leader who is determined to reshape her industry and create a smarter and more inclusive future.  Sarah is Chair of Ericsson’s Diversity & Inclusion Council, a member of the Industry Advisory Committee for RMIT’s School of Management, and Advisory Board member for In2Science which provides STEM peer mentoring in low socio-economic schools. 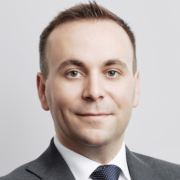 Sam Okeby is the Head of Commercial Development for Lendlease Australia overseeing developments across the Office, Hotel, Student Accommodation, Higher Education and Innovation District sectors.  Sam is also the chair of Lendlease’s Global Workplace Steering Committee coordinating strategic thinking for Workplace solutions across the 3 global regions Lendlease operates in Asia Pacific, Americas and UK/Europe. Prior to joining Lendlease Sam held several roles at private organisations with his most recent role as Head of Development for Australia Pacific Airports Corporation overseeing aviation and retail expansion of their key investment Melbourne Airport.

2014-2019 Ambassador of Sweden to Australia, New Zealand, Fiji, Papua New Guinea, Kiribati, Solomon Islands, Samoa, Tuvalu, Tonga, Vanuatu and Nauru.
2010-2014 Ambassador for Defence Exports and Civil Security, Ministry for Foreign Affairs
2006-2010 Ambassador of Sweden to Singapore and Brunei
2002-2006 Deputy Head of Mission at the Embassy of Sweden in Beijing, China
2000-2002 Chief of Staff, Office of the Minister of Trade, Ministry for Foreign Affairs
1998-2000 First Secretary at the Embassy of Sweden in Copenhagen, Denmark
1997-1998 Desk Officer at the Office of the Minister of Trade, Ministry of Industry and Trade
1997 Secretary to the Committee on Trade with Poland
1995-1997 Special Adviser at the Department for Export Control, Ministry for Foreign Affairs
1993-1995 Desk Officer at the Department for Military Affairs, Ministry of Defence
1993 Stagiaire at the EU Commission in Brussels
1992-1993 Officer at the European Free Trade Association, Genève
1991 Researcher at the Swedish National Defence Research Establishment
1990 Officer at the Swedish Red Cross

Once registered, an email will be sent with instructions on how to get connected to the webinar from wherever you are in Australia. There is no cost attached to attending this webinar.