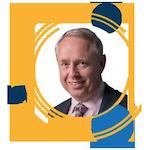 Prof Göran Roos will share for the first time a detailed account of his research around the “implications for the mining industry of moving to a low resource footprint value-creating paradigm”. Every 40-60 years there is a paradigm shift in how value is created in society. Each paradigm transitions through the same phases and usually the Paradigms overlap – which is why some firms or economies “miss the boat” – especially those that were successful in the previous paradigm.

The future low resource paradigm is rapidly becoming a new requirement and intentional decisions need to be made by organizations and governments around the world on which journey to take. The move towards a low resource footprint value-creating paradigm should increase not decrease profitability for the business and prosperity for the economy. In addition, Göran Roos believes that the transition will imply that we will be moving from a petroleum based economy to a metals based economy that will create a huge demand for new critical raw materials such as Dysprosium, Neodymium, Tellurium, Gallium, Indium and Lithium and so forth, many with strong supply limitations. To cater for this demand, new investments, new innovations, and technologies, as well as the implementation of new circular economy recycling will be key success factors in order to transition successfully as individuals, organizations, and societies.

About the keynote speaker

Professor Göran Arne Roos holds a MSc in Engineering Physics from Chalmers University of Technology in Gothenburg, Sweden; an MBA in Strategy from INSEAD in Fontainebleau, France; an Advanced Postgraduate Diploma in Management Consultancy from Henley Management College in Henley-on- Thames, UK; and a PhD in Business and Management from University of South Australia in Adelaide, Australia.

He is a specialist in the field of intellectual capital and an expert in innovation management and strategy. He is a common advisor to organizations and governments around the globe. Göran is a CSIRO fellow and also a fellow of the Australian Academy of Technological Sciences and Engineering (ATSE) and of the Royal Swedish Academy of Engineering Sciences (IVA).

Göran was named “one of the 13 most influential thinkers for the 21st Century” by the Spanish business journal “Direccion y Progreso” and was appointed “Manufacturing for the Future” Thinker in Residence by the South Australian Premier for the year 2011 and an appointed member of the Prime Minister’s Manufacturing Leaders Group 2012/2013. He was selected for Committee for Economic Development of Australia (CEDA) Top 10 Speeches 2013: A collection of the most influential and interesting speeches from the CEDA platform in 2013 for the speech: “The future of manufacturing in Australia: Innovation and productivity”.

The schedule for the event is as follows:

5.30pm: Registration, meet and greet, drinks and canapes are served