The Swedish Australian Chamber of Commerce is pleased to invite you to this European Chambers Business Luncheon with the Hon. Josh Frydenberg MP, Treasurer of Australia

Join us and the Hon. Josh Frydenberg MP as we discuss the 2022 Budget’s impact on international and local businesses, and Australia’s economic strategy to secure our recovery. 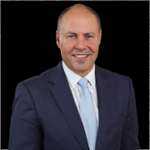 Josh Frydenberg is the Federal Member for Kooyong and Treasurer of Australia. He was elected Deputy Leader of the Liberal Party in August 2018 and appointed Treasurer of Australia by Prime Minister, Scott Morrison. First elected as the Member for Kooyong in 2010, Josh was re-elected in 2013, 2016 and 2019. He was appointed Parliamentary Secretary to the Prime Minister in September 2013. In December 2014, Josh was appointed to the ministry as Assistant Treasurer. In September 2015, he was promoted to Cabinet as Minister for Resources, Energy and Northern Australia.  In July 2016 Josh was appointed as Minister for the Environment and Energy.  Josh completed his secondary schooling at Mt Scopus College, before undertaking tertiary studies at Monash University where he obtained Law and Economics degrees, graduating with Honours in both. Josh was later awarded a Commonwealth Scholarship to Oxford University where he completed a Master of Philosophy degree in International Relations. He also holds a Master of Public Administration (MPA) at Harvard University’s Kennedy School of Government. Outside of politics, Josh enjoys spending time with his young family and the occasional game of tennis.

Sign up to become a member of SACC here